The Times They are A-Changing

Since the colonial times, Bandung has been one of the modern art capitals of Indonesia. In 1947, two years after declaring its independence from the Netherlands, Indonesia saw the establishment of School of Art and Design at Bandung Institute of Technology (ITB). This school, which was based on European traditions and aesthetics, gave rise to the critique that it was not uniquely “Indonesian”. Yet, its presence and impact in defining Indonesian modern art has given birth to important and culture-changing artists.

The city’s relation with formalism and its first art director, Ries Mulder, saw the development of an art style that was based on then current trends in abstraction, cubism, and conceptual art. In spite of this, there were two artists who defined a uniquely Indonesian art movement of Islamic abstraction. They were A.D. Pirous and Ahmad Sadali. While Sadali passed away in 1987 at a relatively young age, the 85-year-old AD Pirous is still striving to create new artworks and opening a new space.

Dubbed as an idealist artist, Pirous chooses a line from the Quran before starting a painting. He mediates to envision what the end result of the painting will be. Only then will start working. The result is well-through-out, conceptual pieces that are important with meaning and wisdom. His recent paintings such as Good Will Watch You, a canvas of shocking bright orange with his signature relief-like gold calligraphy in the top. It took him weeks to complete this piece after brainstorming and searching for the right way to envision the beautiful, philosophical Islamic verse.

His paintings are modern, full of abstraction that symbolises divinity and God, reminiscent of abstract expressionist paintings like those of Rothko, which he saw as a young man in New York City. In 1969, Pirous found his calling while visiting the Metropolitan Museum of Art. He saw an exhibition Arabic calligraphy, which brought him back to his childhood in Aceh. Using Islamic principles and the Quran as the basis of his artwork, he developed the movement of Islamic art in Indonesia together with Ahmad Sadali, his contemporary.

While Pirous and Sadali may have been the leaders in the movement, they were not alone. Pirous’s wife and muse, Erna Pirous is an artist in her own right. She is one of the pioneering women artists in Indonesia, along with Umi Dahlan, Kartika Affandi and Rita Widagdo. Erna was initially Pirous’s student. However, unlike her husband, Erna makes colourful abstract paintings reminiscent of the nature and lush tropical landscape of Indonesia or the dry cold leaves of Europe.

With an esteemed CV of attending ITB as well as the L’Ecole Superieure des Beaux Arts, Paris, Erna was a participant in many important shows over the course of her career, with her paintings being included in many prestigious collections such as in the Fukuoka Art Museum. The Pirous family is set to open a new gallery space in September at their home in Dago. The gallery will feature works of AD and Erna Pirous.

One of the pioneering female sculptures in Bandung is the German born Rita Widagdo. She studied at Staatliche Akademic der Bildenden Kunste in Stutgart, German during 1957 -1964. Later in 1966, she became a lecturer at the school of Art and Design at ITB, continuing the western influence and tradition at the university.

Rita adopted a Bauhaus-attitude towards form in her work. Producing large scale and small scale works for the government as well as corporate establishments. Her works are identified in many places in Indonesia, seen at the Department of Education, Justice Supreme Court, BPPT Building and Bank Indonesia, among others.

While AD and Erna Pirous, Sadali and Widagdo were pioneers in modern Indonesian art, in recent years a focus on South East Asian art has given rise to a new interest in young Bandung artists practicing in a new medium.

Art in Bandung has transformed from traditional painting and sculptures to more 21st century mediums such as video art and new materials like resin. One example is Tromarama, a collective of three artists who produce videos. The artists are Febie Babyrose, Ruddy Hatumena and Herbert Hans. They met while studying at ITB in the 1990s, and have been active since the 2000s in supporting video and new media arts. Installing a monumental work at Art Basel Hong Kong and collected by the Mori Art museum, they have been garnering international attention as they surf their way into art world stardom. Their practice visualises a narrative using forms, colours, objects, figures, rhythms, and sounds; combining all aspects into unique storylines.

Arin Dwihartanto Sunaryo, one of the superstars of the South East Asian contemporary art world, is known for using resin as the primary medium which he combines unconventional inputs such as food and ash. Resin is a difficult media to work with because of the quick drying speed. This is an artwork he couldn’t anticipate or control the result, so the medium takes a life of its own. Arin was chosen as one of the 22 artists in the Guggenheim Museum’s “No Country: Contemporary Art for South and South East Asia” in 2013. This has made him to be the first Indonesian artist to have his works displayed at the museum.

Art in Bandung is not static, but still pushing new boundaries. While still pushing new boundaries. While the “old school” is still flourishing, the progression of art in this capital of West Java is fast-paced, with diverse mediums and artistic practices. This is giving us a broader sense of thought and perception; and Bandung is a city at the forefront of 21st century art. 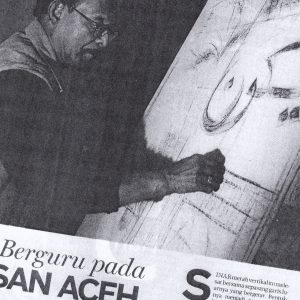 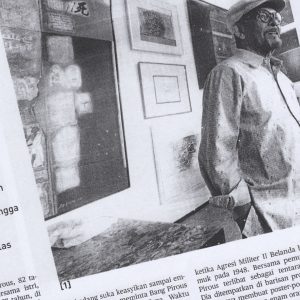 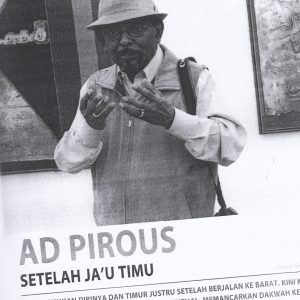 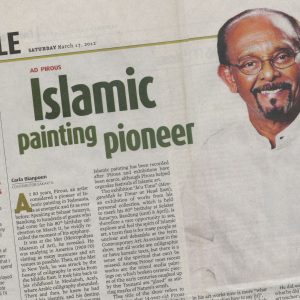 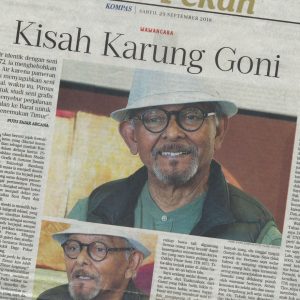 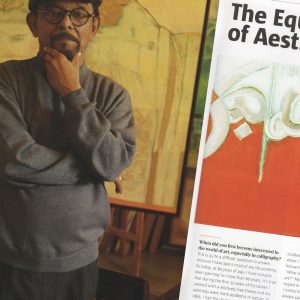 The Equilibrium of Aesthetic and Ethic